Are Australians doing enough to defend against cyber attacks? 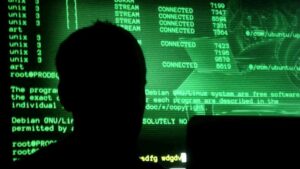 The research firm’s data shows that Australian IT and telecommunications adoption has risen at an annualised 2.1 per cent over the past five years, with the COVID-19 pandemic driving the speed with which Australians move online.

“The pandemic has intensified cyber attacks, as cybercriminals have adapted to target an increasing number of Australians working, studying and connecting online,” Mr Kyriakopoulos said.

At the same time as cyber attacks have risen, businesses set up to fight against it have also increased.

IBISWorld found the growing threat of cyber attacks drove the cybersecurity software services industry to grow at an annualised 10.7 per cent over the five years through 2020-21.

And revenue for industry is forecast to grow at an annualised 15.2 per cent over the next five years, to become a $3.6 billion industry.

But businesses are not the only ones who need to better prepare.

The ACSC has launched a cybersecurity campaign that provides easy-to-follow advice for all Australians online at cyber.gov.au.

It says many cyber attacks could have been avoided or substantially mitigated by good cybersecurity practices such as not responding to unsolicited emails and text messages, implementing multi-factor authentication and never providing another party with remote access to your computer.

Ms Bradshaw urges Australians to start with simple steps, such as updating their devices and software.

“Don’t push ‘remind me later’, push ‘turn it on now’ — If you can, put on the automatic updates so you don’t even have to think about it,” she said.